by dasadmin
June 8, 2011
Designs and Designers Baltimore, Maryland native, Billy Baldwin briefly studied architecture at Princeton and sold insurance at his father’s agency before making the leap into decorating.  His early influences include Frances Elkins, Jean-Michel Frank, and the paintings of Henri Matisse.  Baldwin worked for the Baltimore decorating firms C.J. Benson & Co. and H. Chambers Co. before catching the eye of famed New York decorator Ruby Ross Wood in 1935.  Billy Baldwin moved to New York to work for Ruby Ross Wood where his career took off.  After Wood’s death in 1950, Baldwin ran her firm for two years before opening Baldwin & Martin Inc. in 1952 with his former assistant Edward Martin.

Billy Baldwin’s signature style perfectly blended classicism with modernism.  He appreciated a sleek and polished aesthetic.  Baldwin’s approach to decorating incorporated luxurious simplicity with a personal touch.  He never insisted on throwing out everything a client had, instead he believed in using some of the client’s possessions as a way to make sure the home retained their personality.

Billy Baldwin’s simply elegant designs epitomize the elegance and sophistication of the 1930s through the mid70s.  Often referred to as the “Dean of Decorators”, his name is synonymous with great American style.

CIRCA WHO FAB Find! 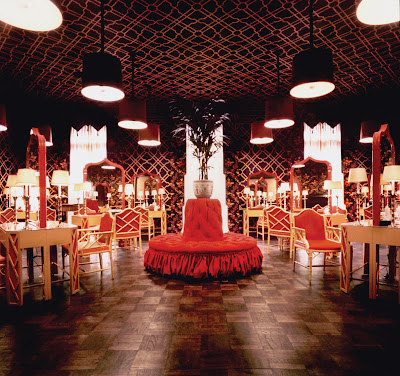